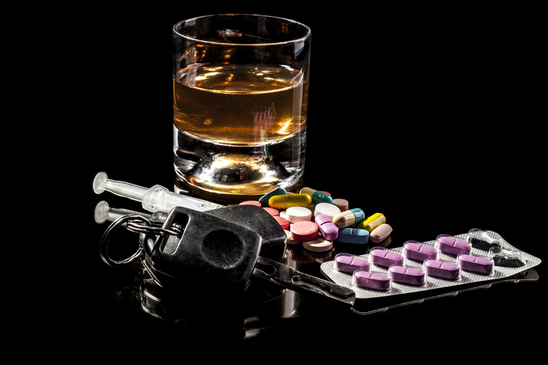 Drugged driving has been on the rise in Minnesota. The National Highway Traffic Safety Administration (NHTSA) reports that in 2013 (the most recent year statistics are available), more than 1,000 people in Minnesota were convicted of driving under the influence of a controlled substance.

Most people know that driving while impaired by drugs is a crime. But many are surprised to find out that Minnesota’s laws don’t just include illegal drugs—they include legally-prescribed drugs as well. It’s true. You can be charged with Driving While Impaired (DWI) for driving while under the influence of a medication your doctor prescribed, even while taking that medication as directed.

In Minnesota, one statute addresses impaired driving of all types. Minnesota Statutes Section 169A.20 prohibits driving after drinking too much. It also prohibits driving under the influence of “a controlled substance” and driving under the influence of “a hazardous substance that affects the nervous system, brain, or muscles of the person so as to substantially impair the person’s ability to drive or operate the motor vehicle.”

Written this way, the statute covers both illegal drugs (such as marijuana and cocaine) and legal ones. These legal drugs include both Schedule I and Schedule II drugs like Ritalin, Ambien, Codeine and Klonopin.

The law takes driving with these substances in the body seriously. To obtain a conviction for drunk driving, the law requires that prosecutors prove a driver be behind the wheel with a blood alcohol content of 0.08 or more. However, there is no similar threshold for drugged driving. Any amount in the blood can trigger a DWI charge.

If you are pulled over for a traffic infraction and the police officer suspects that you are driving under the influence of drugs, you’ll be asked to submit to a blood test. If the blood test shows these drugs in your system, you are in trouble. This is especially true because in a recent case the Minnesota Court of Appeals has determined that a valid physician’s prescription for the drug is not an excuse.

So what can you do? If have been accused of driving under the influence of drugs, whether or not you have a prescription, it is important to take the matter seriously. Contact an experienced criminal defense attorney as soon as possible. Your lawyer can help you understand your rights and options.